The "Biesbosch" in winter

We paddled through mirror-like water in the Biesbosch this afternoon. Highlight of the day was a close encounter with a large beaver. Although the beaver entered the water very relaxed, I was to slow (and lacked a camera with a decent zoom-lens) to make a good picture of this fascinating animal. Nevertheless, it was a joyful experience. Perhaps I should attend this "beaver-fotoworkshop" with 100% beaver guarantee (?!) to learn to shoot beavers (click on the link for information about the workshop and some nice pictures of a Biesbosch Beaver - PS: "our" beaver was much larger than this one ;-).
Geplaatst door Hans Heupink op 23:02 3 comments: 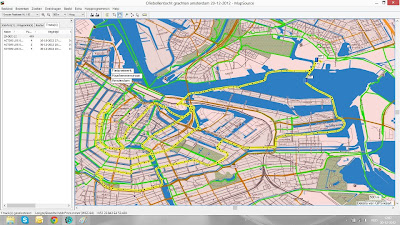 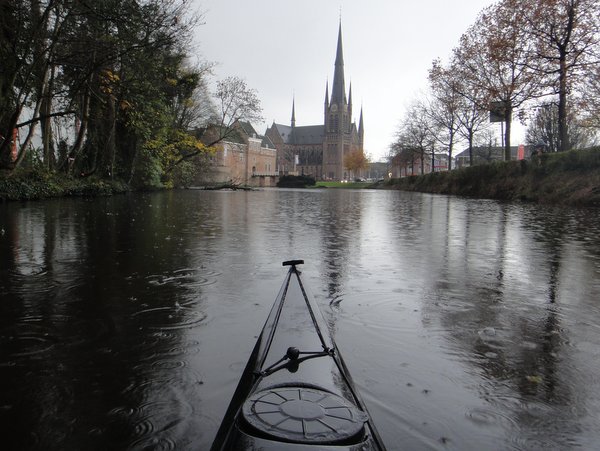 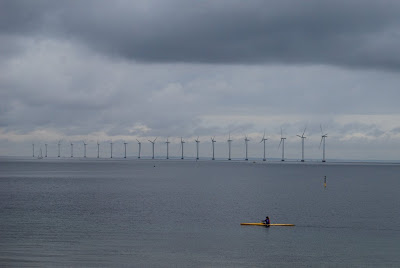 Last weekend I spent a few days for work in Denmark (and Sweden). With a team of landscape-architects, urban-planners and coastal-designers we were guided along coastal projects in the Öresund region. It were busy days with a full program: no time to go out paddling, but I did see a lot of paddlers on the water.
I was surprised how common and popular kayaking is in Denmark. Every time we passed the waterfront I spotted paddlers on the water. The infrastructure for paddling is awesome. In the marinas there are boat houses for kayaks, kayaking is integrated in the design of the recreational projects. Even in the heart of the city there are facilities for paddlers. Denmark is a great place ;-)

It was a good example of a last minute decision: looking on our nautical charts Govert and I decided on Wednesday evening to go sea kayaking to the most western German Wadden islands Borkum and Juist. The downside of this nice plan was that we had to leave Woerden at 5.00 AM to embark in time at high water Noordpolderzijl (at 8.00 AM). Timing is critical at Noordpolderzijl (the smallest "sea harbour" of the Netherlands), when you are to late you get stuck in the mud. I am a morning person, but I prefer more than 4 hours sleep...
The advantage of being that early on the water is you have the whole day to paddle. At the end of a beautiful sunny day we had paddled almost 60 kms.  I haven't been paddling that much lately, but it went fine. The next day we paddled 40 kms to Burkana Hafen on Borkum. This was a completely different day: the wind had turned from North to South-East and it was clouded and rainy. Our luck was that the heaviest showers unloaded when we were having a meal in a restaurant at the boulevard of Borkum, waiting for the tide to change. Because the Marine weather-forecast announced strong winds for Sunday, we decided to return to Noordpolderzijl already on Saturday. Being 23 km, the trip on Saturday was the shortest of the 3. But also by far the hardest: 4 hours constantly paddling against the wind was exhausting - I had to go deep to keep up with Govert!


A note about the black Tahe Greenland Kayak on the pictures. I am very happy with this kayak. The Greenland is a more versatile kayak than its sleek appearance suggests. But it's definitely not an expedition kayak or a long-distance tourer. A multiple day trip with camping gear is doable when you are "packing light". But you then have to deal with its limitations: not only is the loading capacity limited, the speed and stability of this kayak also suffer from the load. Depending on your personal weight,  freeboard  is reduced to zero.  Sure you can deal with it, but you might be pushing the kayak (or the paddler?) to it's limit in advanced conditions. 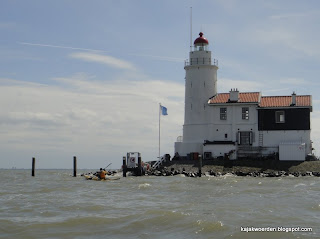 Marken is an island in the Markermeer (=the southern part of the IJsselmeer). Or to be more exact: it's a peninsula, since Marken is nowadays connected to the mainland with a causeway. Paddling around an island is fascinating, and because Marken is not to far from Woerden and can easily be circumnavigated by kayak in one day, the "rondje Marken" scores high on my list of favourite kayak-trips. Despite its high score, it's a long time ago I paddled this trip for the last time. The last blog-entry on Kajakwoerden.blogspot.com about Marken dates from 5 years ago! Today it was "Marken revisited", together with Govert.

We enjoyed a sunny day on the water. It is cold for the time of the year (12 degrees Celsius). But with the sun shining and the wind blowing 4-5 Bft NE, it was comfortable in the drysuit. Actually I did sweat. Probably I did because I had to work extra to compensate the weathercocking of my Tahe Greenland kayak. Or perhaps it was because I had to keep up with Govert?
(About weathercocking: Normally the tendency of a kayak to weathercock can simply be compensated by deploying the variable skeg, but the skeg of my Tahe needs a repair. Now I had to keep the kayak on track with correcting strokes and by edging the kayak. More info about weathercocking, skegs and paddling? Greg Stamer recently  published an extensive article about weathercocking and Greenland kayaks). 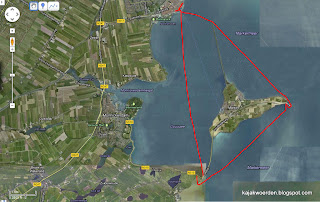 
More information about Marken in the blogpost of 2007.
Geplaatst door Hans Heupink op 00:24 No comments:


Biking is (almost?) just as fun as seakayaking. At the moment I spend more time on the bike than in the kayak, which partly explains why it's a bit quit on the weblog. I started blogging about kayaking and don't want to bore the paddlers with my bike-stories to much. But today's bike trip was so "coastal" that I like to share it here.

This morning I took the bike for a ride along the dams and dykes of the Delta-Works. The Delta works is a series of construction projects (mainly) in the southwest of the Netherlands to project the low land from the sea. The works consists of dams sluices, locks, dykes, levees and storm surge barriers. The aim of the project was to shorten the Dutch coastline, thus reducing the numbers of dykes that had to be raised. The first projects were realised in the late fifties of the last century, the final projects were finished only a few years ago. Though some of the fundamental choices made in the Delta Works meanwhile are regretted (there is already a new Delta programme running to prepare the Netherlands for the future), it's still a masterpiece of Delta engineering (According to the American Society of Civil Engineers: one of the Seven wonders of the Modern World). Biking is perfect to experience the huge scale and the exposed location of the project. But also from the kayak perspective the dams are impressive - click here.

Admittedly, the real motive for this bike trip were not the Delta projects (I am busy with the project), but another specialty from the south-west region: the "Zeeuwse Bolussen". Inspired by last Thursday's episode of the Hairy Bikers' Bakeation in the Low Countries (where they visited the bakery of Harry Sonnemans in Burgh Haamstede) I decided to get some fresh Bolussen for the family. Delicious!
Geplaatst door Hans Heupink op 21:10 2 comments: