Special guests at the meeting of NKB-Seakayakcoaches 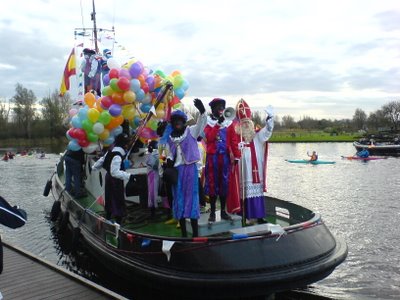 Last weekend the yearly meeting of the NKB Seakayak-instructors took place in Uithoorn. We had several international guests: Urs and Bernhard (Seakayakcoaches from the German Salwasserunion) and Sinterklaas. On his way from Spain to Uithoorn/Netherlands Sinterklaas made a stop at the Seakayak-meeting to change over and embark the MS Luus, for the last few miles to the city of Uithoorn where hundreds of cheering and singing children were awaiting the “Goedheiligman”.

Main issue on this years meeting was the revision of the NKB-Zeevaardigheid certificate, the Dutch equivalent of the BCU 4-Star Award. We had a constructive discussion about the level of skills demanded for a paddler to take a kayak safely to sea under a competent leader. A draft of a new certificate is discussed. Main changes will probably be: more emphasis on the prerequisites of the test, and more realistic requirements on the techniques.
The BCU is reviewing the whole system of Star Awards, upgrading the 4 Star level and introducing a new seakayak-specific 3 Star entry-level. As far as I am informed, this new 3 Star-level comes close to the existing 4 Star. The new 4 Star Award will introduce some leadership-skills. In Germany a discussion is going on about the European Paddle Pass (EPP). The DKV has presented a draft for a German EPP with 3 seakayak-specific levels of certificates. The DKV introduces a new entry-Level 3, aimed at calmer conditions and with more simple requirements than the existing 4 Star/Zeevaardigheid-certificates. On the Seekajakforum a lively discussion is going on about the EPP. Alas this discussion isn't always constructive, sometimes rather offensive and emotional.
At the NKB-meeting it is agreed not to change the level of the Zeevaardigheid-certificate in itself, but to redefine some of the requirements of the certificate. According the planning the reviewed Certificate Zeevaardigheid will be introduced early 2007. 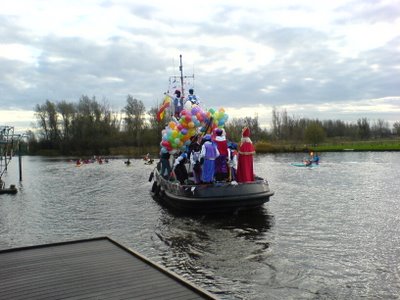